For over thirty years, behavioural scientists have investigated so-called ‘restrained eaters’ (Stunkard & Messick, 1985). These people, and to some extent I still count myself among them, tend to eat less than they would really like at mealtimes, and often think about their weight and what they’ve recently eaten in order to decide how much to eat. In other words, rather than eating when hungry, and stopping when full, restrained eaters think things like, “well, I did have that big bagel for breakfast, so I’d better have less for lunch,” or “I ought to be sensible because I’m going out tonight and I know I’ll order a big meal then,” or even, “I need to eat really really carefully this week because I put two pounds on last week.”

Such an approach to controlling one’s diet seems perfectly logical (at least to me), but the evidence of the last thirty years of research suggest it’s not really effective and may even be counter-productive. If we want to know whether something is an effective technique for bringing about some desired result, there are at least two ways of checking. You may have heard the dictum that a correlation does not prove causation, but the reverse logic is actually quite helpful. If two things don’t correlate in the right direction, then it’s fairly unlikely that one causes the other. For example, if we took measurements and found that the people with the highest blood pressure  ate the most salt, we might think there’s a fair chance that salt causes increases in blood pressure. But there still might be plenty of other explanations. It could be that people who smoke have a poorer sense of taste and therefore add more salt to their food. Our salt measure might therefore just be working as a proxy measure of whether someone smokes. All that is fine, but if no association is found, it does tell us something interesting. If we did our salt and blood pressure measurements and found that there was no association at all, then that would make us seriously doubt whether eating salt results in high blood pressure.

That’s the position we’re in with much of the data on restrained eating. Right from some of the earliest studies (Van Strien, Frijters, Bergers, & Defares, 1986), the evidence has suggested that being a restrained eater is associated with being heavier, not lighter. Why might this be? Several studies suggest that being over-cautious about what you eat, and responding to your thoughts about food rather than what your body tells you it wants, might lead to more cravings. One of the best illustrations was published in 2005 by Janet Polivy, from the University of Torono, and colleagues (Polivy, Coleman, & Herman, 2005). The researchers asked 103 undergraduate students to take part, and asked a third of them to refrain from eating chocolate for a week beforehand, and another third to refrain from eating vanilla. The final third weren’t asked to refrain from anything. When they came into the lab, they were told they’d take part in a chocolate taste test, but first to spend a while on a puzzle. The puzzle was just mindless busy-work and they were secretly timed to see how long they’d keep at it before ditching it and eating the chocolate. They also measured how much chocolate was eaten in the taste test. The researchers didn’t provide a graph, so I’ve made one based on their data…

As you can see, the only group that behaved oddly were the restrained eaters who’d been asked not to eat chocolate for a week. Being a restrained eater didn’t mean you ate more. Being deprived of chocolate for a week didn’t mean you ate more. In fact, the results are completely against common sense. Here’s a group of people who control very carefully what they eat, whose behaviour then goes off the charts when they are asked to control very carefully what they eat.

You might think it a fluke, but it’s been replicated more than once. Some of the researchers from Canada did the same sort of study, but rather than asking participants not to eat chocolate, they simply told them that they were going to be asked to diet for a week following the session in the lab (Urbszat, Herman, & Polivy, 2002). Simply being told that after today, they’d be asked to diet for a week, restrained eaters ate more at the taste test.

I certainly don’t want to conclude that being a restrained eater is so bad for you that you’re going to become fatter and fatter if you try to watch what you’re eating. Indeed, there are one or two studies that suggest being somewhat restrained in your eating won’t lead to future weight gain (de Lauzon-Guillain & Basdevant, 2006). I’d simply like to point out that being very logical and analytical about what you can let yourself eat might not be a good way to lose weight or keep weight off. Remember that you’re a human being and treat yourself with a little compassion.

de Lauzon-Guillain, B., & Basdevant, A. (2006). Is restrained eating a risk factor for weight gain in a general population? The American journal of clinical nutrition, 83, 132–138.

5 ways procrastination can happen and what to do about them 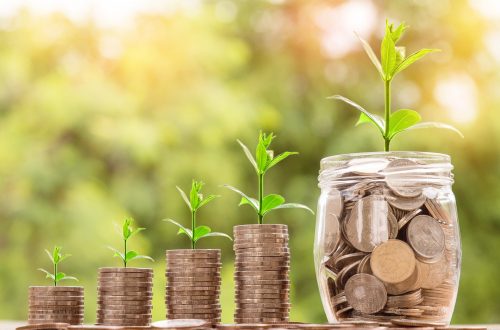